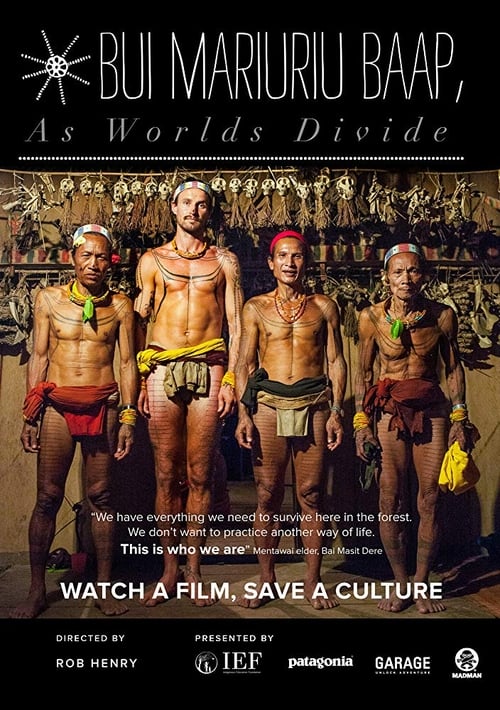 We encourage responsible travel. ? ?‍♂️As salt-infused globe trotters, it’s incredibly important to understand the potential impact we can have on the countries we often visit. . We proudly support @wavesforwater and The Suku Mentawai education foundation through a contribution for every booking made on our site? . If you want to know more or make a donation jump online ?www.waveoftheday.com.au/social-good/ THE FUTURE OF MENTAWAI IS UNDER THREAT. WATCH A FILM, SAVE A CULTURE! In 2008, Australian Rob Henry packed up his life in Melbourne and flew to the Mentawai Islands, Indonesia, in the hope of pursuing a more sustainable and fulfilling way of life. What he found instead were a people facing a threat far more pressing than his own. 9 years on, As Worlds Divide presents the story of Mentawai and a very unique opportunity to help them protect the future of their indigenous culture and forest by simply watching a film. Link in @asworldsdivide bio ? #film #documentary #support #bethechange #wafsac #mentawai #mentawaiislands #mentawairumahkita

Got some great new tees from IEF @asworldsdivide . Stoked to be repping them and supporting such a great cause. #ief #mentawaii #wafsac #indigenous Win one of two double-passes to see our film at the Environmental Film Festival Australia this Sunday in Melbourne, 8pm. To enter, simply do one of the following: 1. Share this post or tag two friends you would like to watch this film with. 2. Make a tax-deductible donation of $2 or more, further empowering Mentawai to protect their culture (link in bio). Winners announced Saturday. Follow @envirofilmfest @sukumentawai_foundation #EFFA #giveaway #filmfestival #whatsonmelbourne #australianfilm #indigenous #indigenousrights #culturaldiversity #rainforest #conservation #win Mentawai baskets from an island people off Sumatra and other items and tools from their daily lives. These were on display at Deakin Edge in Melbourne during a film night fundraiser for the Indigenous Education Foundation which supports the saving of indigenous cultures. #iefprograms #wafsac #asworldsdividethefilm #robhenry #mentawais #indonesia #indigenousculture #deakinedgetheatre As Worlds Divide is screening next week at the National Australian Surfing Museum in #Torquay, Victoria. Tickets are $20 and all proceeds go toward the community's cultural and environmental-based indigenous education program. Limited space so reserve your seats at www.asworldsdivide_torquay.eventbrite.com.au or via the link in our bio. Watch a film, save a culture #wafsac "Next time you come visit, you can get tattooed too." ~ Bai Lau Lau, showing me her beautiful chest tattoos. Find out more at the link in my profile... Watch the film using the code JUNGLE7 and be entered to win a 7 day Mentawai Ecotourism jungle trek for you and a friend. Who knows, maybe you'll come home with rad new tattoos. #wafsac AS WORLDS DIVIDE - Byron film screening Tuesday 11th July @ 7.30pm @Byron Theatre. $23.30 www.byroncentre.com.au/ whats-on #wafsac – Watch a Film, Save a Culture After sold-out shows in Melbourne (Federation Square), Torquay and Sydney, Henry and the Indigenous Education Foundation – IEF would like to welcome you to a screening of As Worlds Divide, the documentary film at The Byron Theatre. In 2008, Australian surfer Rob Henry packed up his life in Melbourne and flew to the Mentawai Islands, Indonesia, in the hope of pursuing a more sustainable and fulfilling way of life. What he found instead were a people facing a threat far more pressing than his own. 9 years on Henry is returning to share the Mentawai people’s story. As the remaining tribes-people battle for their culture and land there is still hope amongst a small group of tribal educators who are making a stand. Tickets: $23.30 (includes photo exhibition and Q&A with the film’s Director, Henry). Doors & Bar open at 6:30pm. All proceeds from the event will go directly to the community’s Cultural & Environmental Education Program (CEEP) via IEF. By attending and learning about Mentawai’s fascinating culture you’ll actively be helping to save it – #WAFSAC Presented by Patagonia Australia and Garage Entertainment. #byrontheatre #byronbay #community #asworldsdivide #mentawai #indigenouseducationfoundation #fundraiser #Repost @ulalaha ・・・ Team Surfcoast! This Thursday night! Watch a film and save a culture. My legend mate Rob Henry has made an amazing and unforgettable film about the Mentawai people's fight to protect their land and culture - and it's screening at the surf museum in Torquay this Thursday! It will defo sell out, so grab a ticket at the link at @asworldsdivide ⚡ Catch ya there ? ? by @asworldsdivide ? #wafsac #mentawaitattoorevival #mentawaiecotourism #indigenous Was an awesome time working on the sound design and mix for top man Rob Henry and his doco As Worlds Divide. Rob walked out of his 9-5 and into a Sumatran jungle with a camera to live with an indigenous tribe and learn about the plight of their culture. Always an option! Through October the film can be downloaded with a $10 donation to help the Mentawai people preserve their culture. Onya Rob. www.iefprograms.org/wafsac #wafsac #tendertrapstudios Traditional Tattoo & World Cultural Festival in Mallorca, Spain. People from all around the globe gathered together to share their culture and spirit... super inspiring. Tomorrow evening we're screening our As Worlds Divide film here at the festival, so if you'd like to learn more about the #Mentawai people, their cultural way of life and the fight to protect it, we'll see you in the cinema block at 8pm. Thanks to Phil, Johanna and all involved @traditionaltattoofestival #wafsac ENORMOUS thank you to everyone who made the effort to get along to the film premiere on Friday eve. Such incredible generosity and support for Suku Mentawai and the 'watch a film, save a culture' #wafsac campaign. Truly moved. To all who made this possible, masurak bagatta. #foreverindebted ? @matty_hannon We are very happy to be screening this documentary on the 31st May at 20:00. €10 donation - all proceeds from this screening will go directly to the Suku Mentawai education program #documentaryamsterdam #Mentawai #wafsac #filmamsterdam #manifactoamsterdam #dapperbuurt #commelinstraat #movienightamsterdam The current issue of @surfersjournal contains a gem of a piece written by my love @matty_hannon with a few photos by yours truly, from the time we both spent sleeping on hardwood floorboards in a Mentawai longhouse last year. There are few out there who have put in the time to observe such an ancient, lively, and ever-changing place, who can also write about it in such an openly romantic and yet honest way. . . . PS - If you're interested in learning more about this fascinating part of the world and its astonishingly resilient people, check out @asworldsdivide for a beautiful film and updates on the development of a cultural education program. . . . . Thanks to @surfersjournal for supporting stories that need to be told and for continuing to create a space for them to be heard. IEF's Rob Henry speaking with @thetodayshow this morning about Mentawai and the unique opportunity to 'watch a film, save a culture' #wafsac. 11 days to go. Link in bio. #9Today #globalissue #positivechange #yourvoice The people of the Mentawai need YOUR help to save their Indigenous culture and homeland which is currently under threat. Want to know how? Watch a Film, Save a Culture @asworldsdivide #wafsac

It's quite common to watch over a child and feel a sense of envy at their ability to find excitement and amusement in the simplest of things - to be carefree. Yet, in almost the same breath, it's also quite common to demand that a child hurry to 'grow up' and 'be more responsible'. What kind of world would it be if the spirit of a child was carried and celebrated through all ages? Perhaps the answer lies in the story of Mentawai and their indigenous culture. www.asworldsdivide.com [email protected] #sukumentawai #wafsac #saveaculture #documentaryfilm As Worlds Divide: Trailers and Videos

Bridging a Divide: One Sign at a Time | Cheyenna Clearbrook | [email protected]

BREAKING - BREXIT BOMBSHELL: Johnson brands May's plans a ‘HUMILIATION’ as he unveils HIS own plot

Shemar Moore Chats About The Second Season Of CBS' 'S.W.A.T.'

Trying To Eat One Of The World's SPICIEST Pizzas Doesn't Go As Planned | L.A. BEAST

Why every social media site is a dumpster fire

Why Do We Need a 23 Million Digit Prime Number?