Comments & Reviews to the Movie «The Lightsaber Maker»

#AtomaCon Hey #starwarsfans We had so many great SWs submissions, we have a whole block. 11/23 8PM:
Star Wars: The Toys Awaken
Odyssey: A Star Wars Story
Bucketheads
The Lightsaber Maker
Star Wars: Birth of a Sith#StarWars #FilmFestival #filmmakers #fanfilms 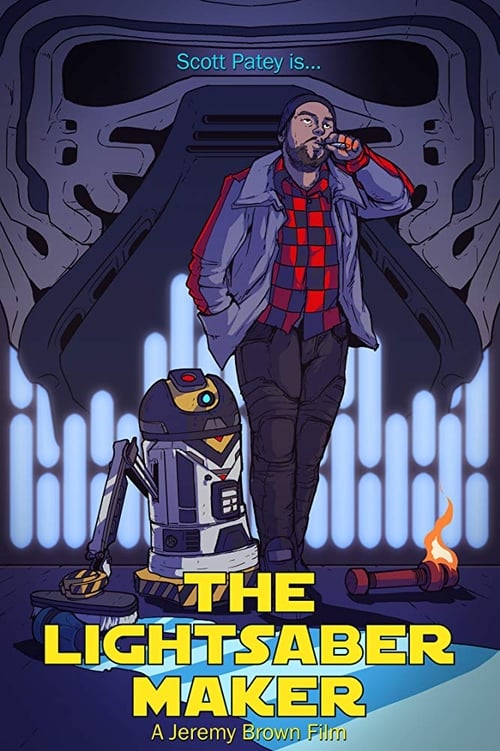 In Star Wars speak, English is known as Basic, but the alphabet they use is called Aurebesh, which you can actually download as a font. The orange tub is supposed to say "Valin's Junk" on the side but the last letter is rotated wrong because I had too many beers while painting. After making @scottpatey dump the box like 10 times, we got really lucky on one take where a BB-8 head rolls out and we just managed to catch it in the frame, so that's the one we used. So The Lightsaber Maker is going to Chicago for the Juggernaut Sci-Fi Film Fest and then to Atlanta for @DRAGONCON!!!!! I’m as excited as @scottpatey is shocked. Great start to summer! #tbt to filming The Lightsaber Maker almost exactly a year ago. One dedicated crew on one *very* long day. 📷 by @ronnieleehillphotography I don’t know why I haven’t shared this awesome poster for The Lightsaber Maker from @drawbarian yet. I love it so much! Instead of making another prop, it was easier to just ask one of my PAs to bring weed. Because Vancouver. Link to full film in bio! Easter egg week continues! 1) Corran Horn is actually @michaelastackpole, author of the original Rogue Squadron books, photoshopped onto an X-wing pilot body. 2)These are actual covers of books featuring Corran Horn. 3)Up at the top right is Shannon McRandle, a model who played Mara Jade in print and collectible card games. 4)Whoops wrong galaxy 5)This is an actual book you can buy. I bought it, then beat the shit out of it to make it look old. We filmed all these photos about 2 weeks before release, and actually changed some in post, using After Effects. Link to film in bio. The Lightsaber Maker has a few very nerdy Easter eggs. My favorite is a reference to Willrow Hood aka the Ice Cream Man. Link to full film in bio! Sometimes you get an idea late in the game. (Trailer link in bio) How do I get a lightsaber crystal *in* the computer? Photogrammetry! The Lightsaber Maker was nominated for best Mockumentary at the @portland_comedy_film_festival! A director and his muse @scottpatey In honor of the one year anniversary of The Lightsaber Maker, here’s a bunch of behind the scenes vids from the shoot day and preproduction tests. Link to full film in bio, today only! How the hell does this happen? Well, this wasn't an actual shot, it was the setup for a shot, and luckily my intrepid DP @jdirish was rolling. When I was struggling with my edit, and found this bit in the extras folder. I really liked the energetic of the camera movement, but it needed some work. I reversed it, adjusted the speed and framing and animated it slightly to smooth it out. The lesson here is to watch all the footage you shoot because there are useable bits everywhere, and your audience won't know the difference. Just remember to paint out the Pepsi can after.

Did a fun Q&A with @iamdavidcjones about The Lightsaber Maker last night at Celluloid Social Club. We talked dollar stores, difficult shoot days, and not being sued. Official trailer for my Star Wars fan film "The Lightsaber Maker" starring @scottpatey is out. Link to full trailer in my bio! #tbt to looking extremely stunned at my first ever award win! Best Mockumentary for The Lightsaber Maker at the Portland Comedy Film Festival! Yep, it’s a mouthful. Link to full film in bio!